One of my best friends 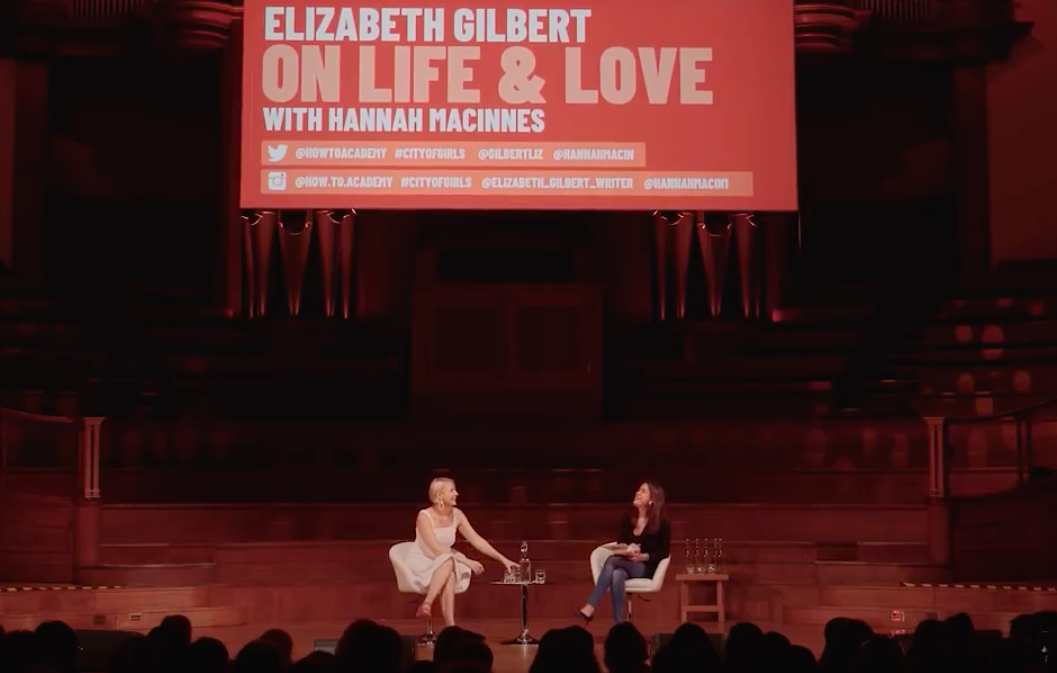 In this short Easter holiday, I’ve promised myself to spend half of the time cooking and half of it writing. I did both in small proportions. And while I was preparing the table for lunch on Easter Day I played this beautiful video with one of my inspiring writing mentors, Elizabeth Gilbert. An hour-long conference about pieces of her work, her life and her latest book, “City of Girls”. Weirdly, even if I appreciate her a lot, I didn’t read any of her books, except “Big Magic” twice and now a few pages from her latest book that I received last week. I was more curious about her way of thinking instead of her stories, that’s why I spend hours listening to her on podcasts where she’s invited, on her Instagram account, or I deliberately seek her video appearances on Youtube.

I seek to learn how she writes and to discover her methods. In this video I watched the other day she explains that she spends a few years on research and then she establishes a 24 h routine of just writing, sleeping and eating until she finishes the book. Another advice she gives to aspiring writers is to always have someone in mind when writing happens as she had with her books. That person isn’t a demographic, but a well-known friend whom you dedicate your work. She also explains that she doesn’t have the typical personality of writers who generally tend to be introverts. She is more vocal, and she depends on social interactions as resources for inspiration. I think that maybe this is the reason why her books (those that I’ve known of) seem like letters, or like stories told to a small audience.

I also like to know how she uses that research into storytelling because for me this is still a process. I don’t quite know how to do it. What I do know is that she also begins her research by answering an intriguing personal issue. As for “City of Girls”, one of the premises was this: why women should feel ruined by desire? I was sensing here a subtle sarcasm to the famous Tolstoi’s story, Anna Karenina when she goes deep in explaining her premise. And mostly why we as a society still have this debate especially when history showed us that women are capable of surviving the consequences of their actions. That answer there made me more eager to read her latest book by far.

If it isn’t obvious yet, I like everything about Liz, but more than her writings I like her pragmatic opinions on romanticism subjects that made us chronically in love with suffering and self-pity. And she has a point when she tells the audience that suffering knows where you live, there is no point in searching for it. That made me super curious how different are her writings on women and especially in this book “City of Girls” in comparison with other famous books with female characters that tend to surrender when facing failure. I am curious how Vivian (the main character in City of Girls) reacts to that and I promise to write more about her book in a separate post.

She also talks about shame and it would be interesting to find out if there is a cross-cultural and/or a timeless pattern of shame as this word is vivid in us, in women in general, and it exists in me like a volcano, always eager to irrupt. And it is even more absurd that we let ourselves governed by shame since we’re fucking inventing it. Somewhere at min 35 comes a speech about the shame that seemed to be part of a theory lesson in applied physics told by a Buddhist. For someone who has a 9 to 5 job, it could take years of practice to take the shame out of your system and examine it in a matrix. But is good to know that it’s possible to extract it from your soul and at some point consider shame as poisoning garbage.

In essence, Liz, and I use her name like that because I am one of those people in the audience who thinks the author Elizabeth Gilbert is my friend, is telling me that human beings are beautiful creatures who are busy managing the self-pitying terrorist inside. But with that on the table, we shouldn’t ever doubt that They (a Force, God, Nature) had chosen us the stewardship of being if it wasn’t in our powers to make it possible.

And what a more sincere expression of oneself than her introduction to the audience and I am paraphrasing here: my main job is managing my mental health. The rest is just a hobby.

This video is for those of you who also think of Liz as one of your best friends.

2 thoughts on “One of my best friends”