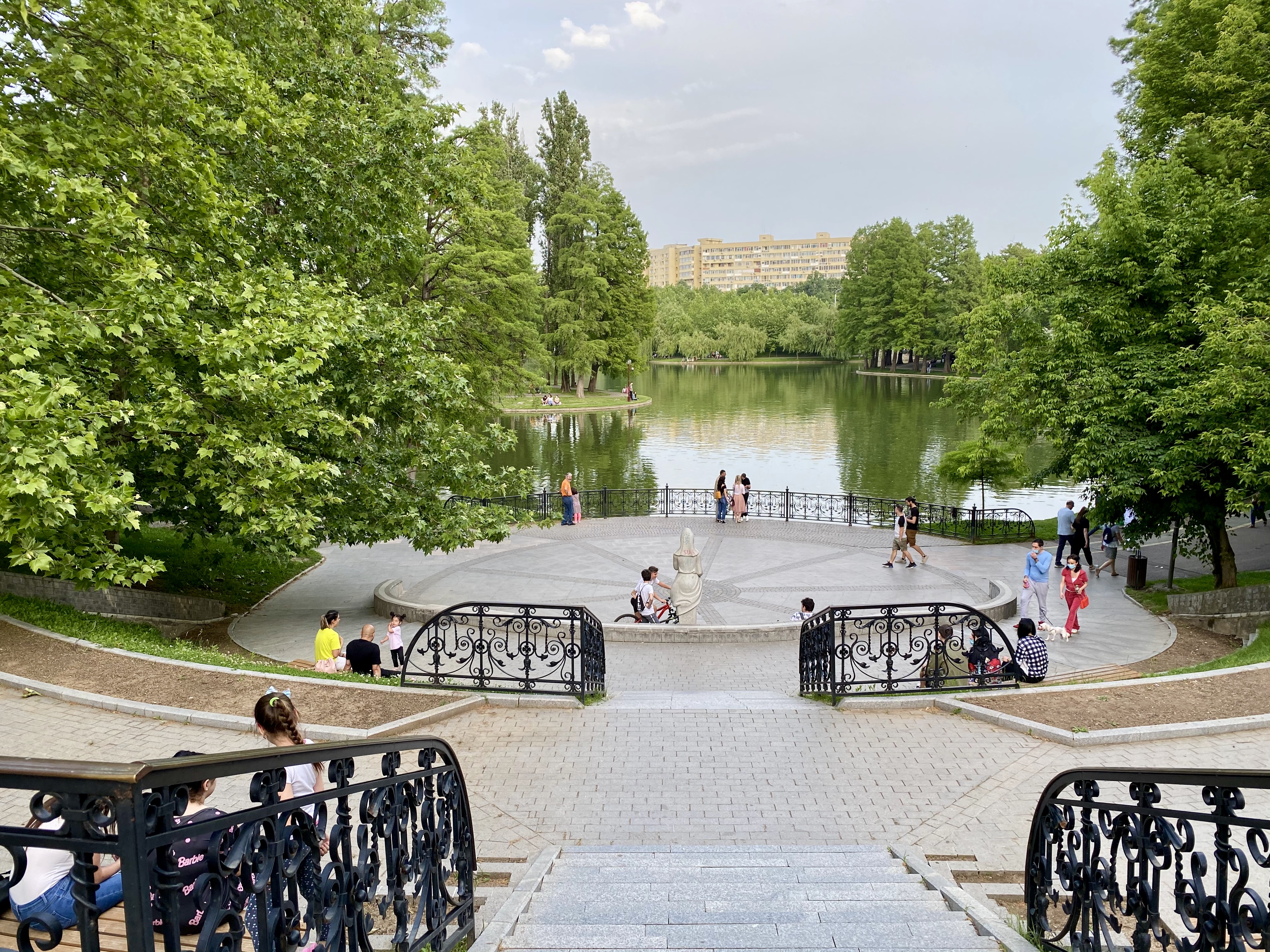 In the first weekend, after the lockdown was out, I went to the park for a quick run. This was on Friday and the park was full of people as everyone expected to be. The second time I went was on Sunday morning just because I knew it was my chance to enjoy the chill morning without so many people being in the park that early in the day. It suffices to say that I barely survived 5 km on both runs. Compare to January when I was at the top of my energy and fitness level, now it felt like I had to start all over again.

Let’s see how my workouts calendar looks like since the beginning of this year and how I’ve ended up in this horrible shape.

My focus this month was to run as many times as possible at a good average pace.

I think my results were surprisingly good because I enjoy running on winter days. I love the fresh stinging air that hurts my face, the fact that the park has fewer visitors, there are no terraces open and is quiet and I even like the darkness that surrounds the park so early in the evenings. This environment suits my personality and that is part of the reason why I do not have a running mate or actively participate in a running club. I like to keep this habit for myself as bad as I am at it. I don’t mind that.

In January I’ve also started a new workout habit. I would come home from work, change in whatever slim pants I had available, open Youtube on my husband’s big flat tv screen and mimic a 5 minutes pilates workout from a girl who created this workout video from another continent. After 21 days of copying that girls’ moves, I’ve started to complete those 5 minutes as seriously as I could. Pilates workouts are hard but are even harder if you didn’t do any mattress exercise since high school. It felt like trying to move a heavy rock and give it a new form in the meantime.

Sooner, 5 minutes became 10 minutes, then 15 minutes and by the end of April, I’ve probably tried 70% of that girl’s Youtube videos and saw most of her vlogs. Now I am at the point that if I a few days pass and I didn’t do any of her pilates workouts I feel guilty. Who’s saying I am not part of a club, ha?

My goal this month was to increase my speed and have my slowest pace at maximum 7min/km. Also, I’ve got comfortable running fast for a while and even though I didn’t break my 5k from January, I did well on my 10k time.

March was going to be my longer runs month but the lockdown came and it changed everything. What I did was to continue the pilates workouts, be better at some that I’ve practised a lot in the past and stay in shape as much as I could. So to do that, I’ve begun working at least 20 minutes per session, 4 times per week.

After 35 days without running, on April 15 I gave up. It was either I go out now and run or I hide in the bathroom for 1 h and cry the motherfucker out of me. I chose wisely. I’ve told this so many times. Running works like therapy, it’s an energy booster, it gives me time to think, and helps my creativity.

Running is great for me but it will always be a struggle. Every day I have to put on a show to convince me that 30 minutes in the park won’t hurt and that I do this habit for my health.

Even though now I have to restore the shape I was in January, I am happy about two things that happened during this lockdown:

First that I kept doing pilates 4 times a week. This way I added stretching into my workout routine, something I tended to neglect in the past. I enjoy working with weights for toning my arms and I plan to add a couple of weights for my legs too. What it is so exciting about this is that you get to feel even the tiniest muscle you didn’t know about and I know this may sound cliche but in time you can feel how you’ve gained control over your body.

The second thing I am happy for is that I’ve got the chance to realise again why I chose running as a life-changing habit. I am not a proper or a fast runner as you can see upon my results, but I keep trying to get a touch of that sensation of achievement. I always seek recognition and I don’t know why. Maybe it is a disease I’ve got during school seeing kids having better results than me or it was because of my strict parents who wanted to be better than those kids no matter the consequences. Now it doesn’t matter how I’ve got it because when it activates it feels like an important mission I have to make every time I am in a new place, with new people and new ways of work. I just have to prove to myself that I am better than I think I am. And it is like running: hard, vicious, a long-lasting process of convincing, of trying, of losing numerous times. But being able to get just a soft touch of that feeling of achievement it keeps me going.

And as for a bonus thing that happened during this lockdown – I think it is miracle that I’ve somehow succeeded not to get fat during these two months with all those carbs running towards me late at night.