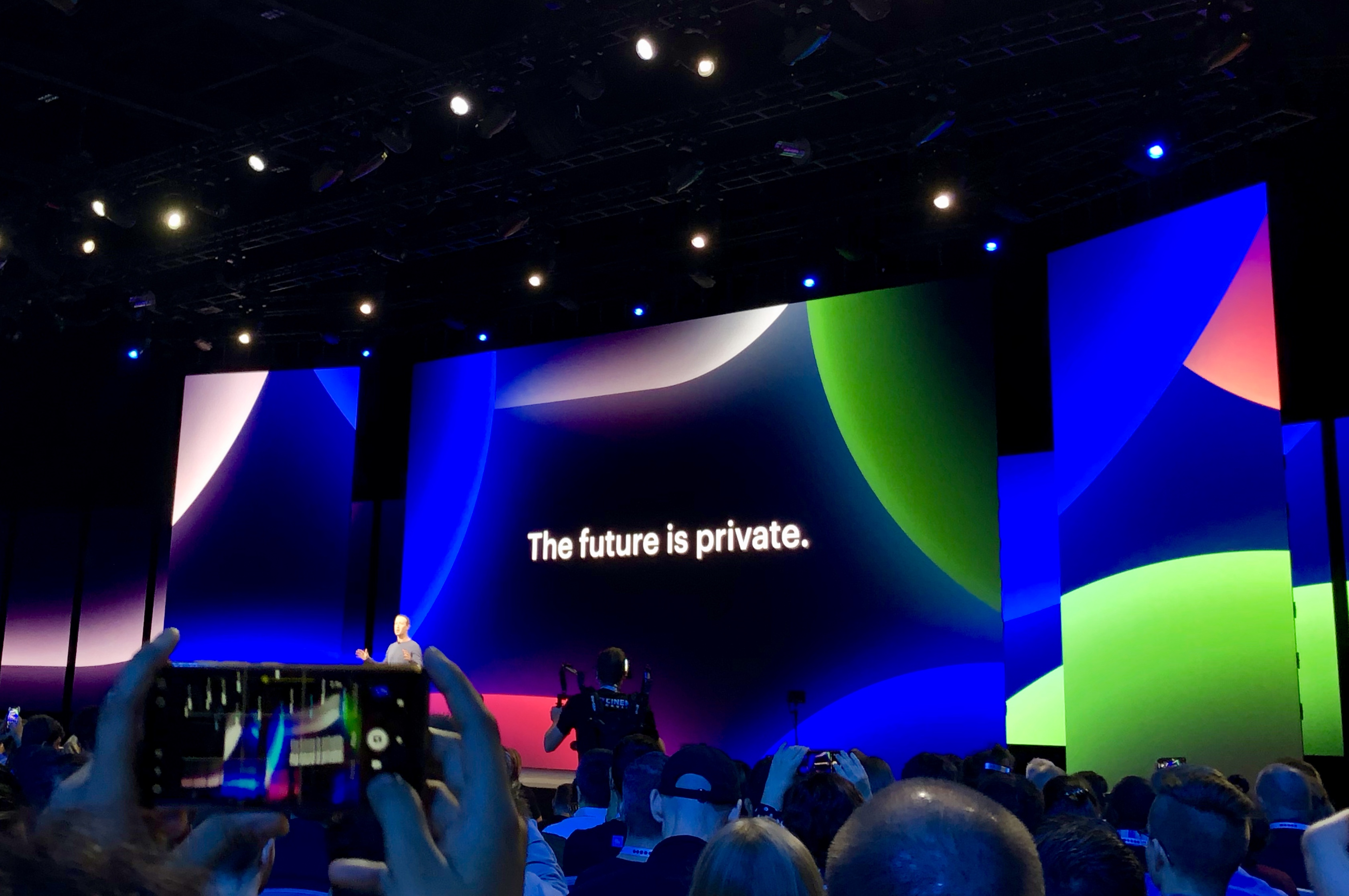 I didn’t imagine that my first trip to USA will be at the F8 Conference. I was planning more a two weeks vacay in New York, drinking coffee in one of those coffee places I saw in “Friends” series. But I don’t complain. Yesterday I had the occasion to drink coffee and watch the men of the moment, Mark Zuckerberg, talking about online privacy, currently a debatable subject.

I’ll dive into the main topics of this year’s conference and share with you my fresh notes.

Everyone here is talking about privacy. Mark opened his speech saying “The future is private”. There is no surprise on this year’s F8 topic. The interesting part is how Facebook is planning on reaching its purpose. New chapter at Facebook as he said. New experiences for both developers and users to come in the following year.

I have to confess that while waiting for this guy that changed the name of my generation – Facebook people how they call us – to come up on stage, I was feeling pretty excited to actually see him in person. I tagged this on my mind as #weirdmomentofmylife.

Mark presented an overview of the Facebook family of products and their new features. Interesting updates that I want to share here with you and also my impressions on this event that gathered so many people from around the globe. 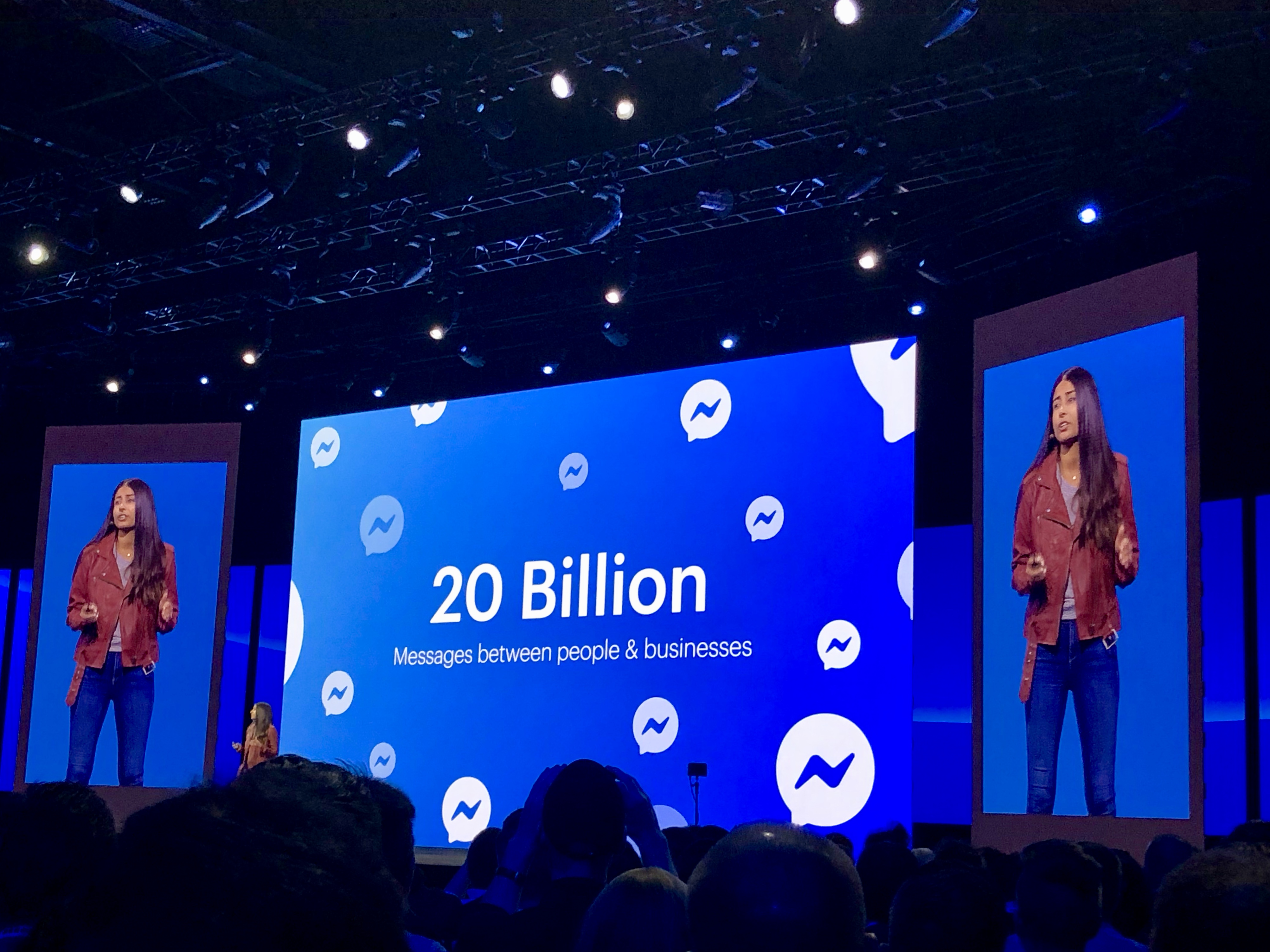 There are 2+ billion people communicating privately with end-to-end encryption.

The Facebook Messenger of the Future is an interoperable app where you can manage interactions from other conversation services within Facebook family of apps. 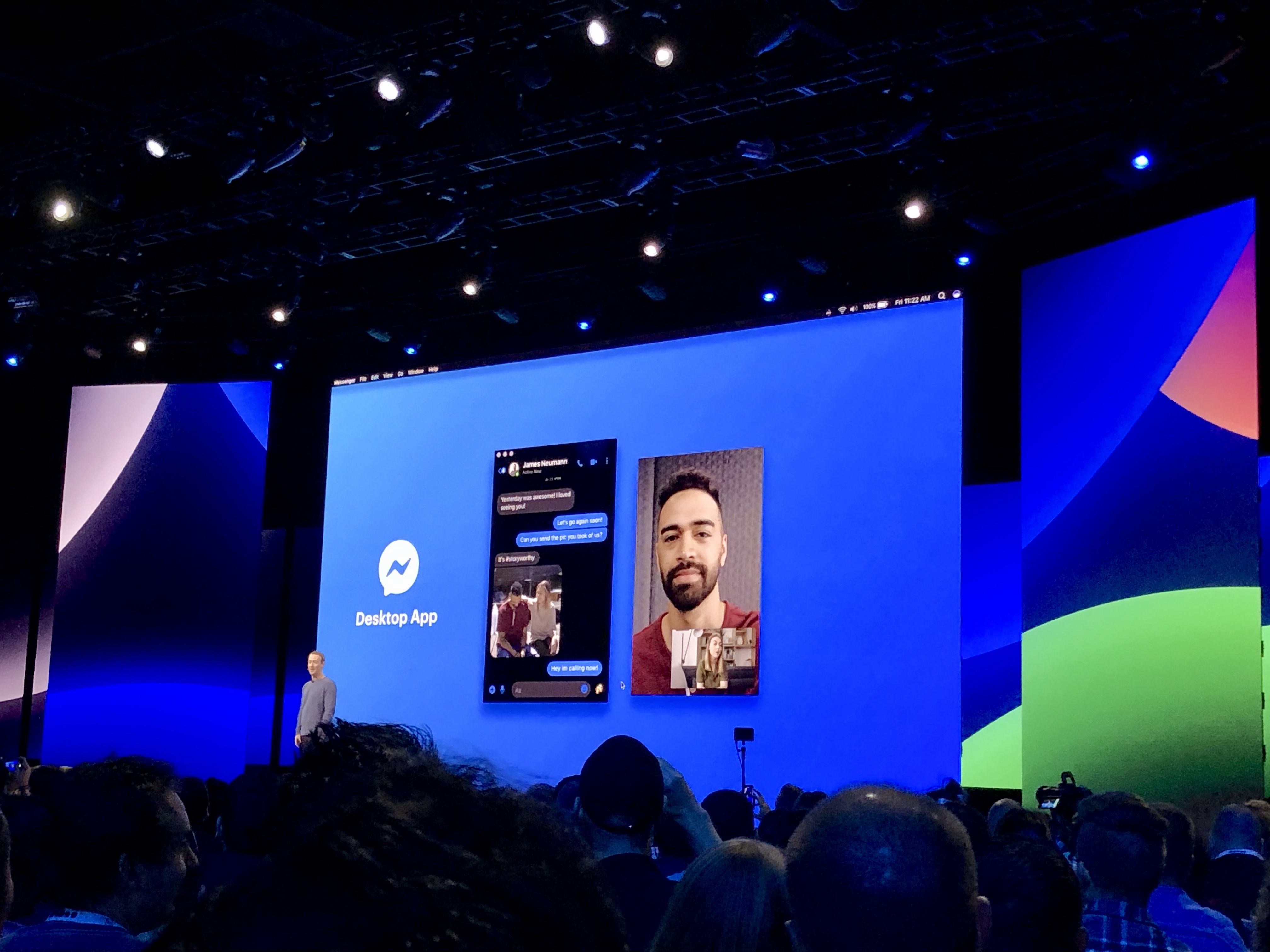 A lot of “Groups” talking as it appears to me. There was a big part of the conference around the “Connect to your tribe” matter. Because privacy also means close communities like running mates that are also environmentalists getting together on a private Facebook Group.

New features: you can ask an admin to post for you on a sensitive subject; share an update on multiple groups; events tab to invite close friends to participate; live product selling on Marketplace.

Facebook Dating, alongside Secret Crush and Meet New Friends features made people react the most as the audience was very quiet throughout the entire conference, and even when Mark was on stage. I thought that many more fans would be in the audience besides that cheerful group of young developers (or so that is what I thought they were) in front rows. 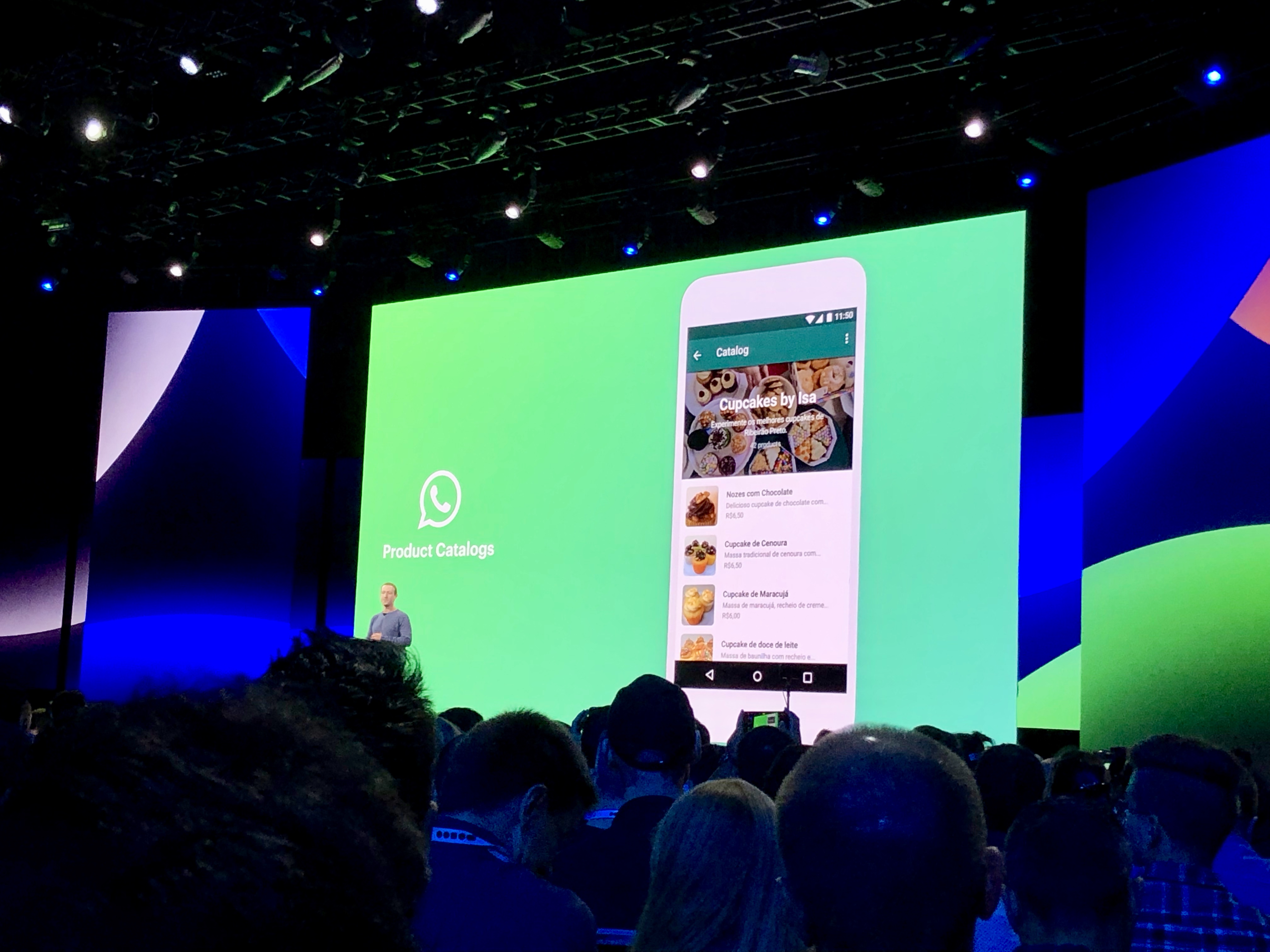 I think the news here is on the product catalogues features and payments. By now surely a lot of articles flooded the Internet with updates on the F8 announcements, including more about WhatsApp. 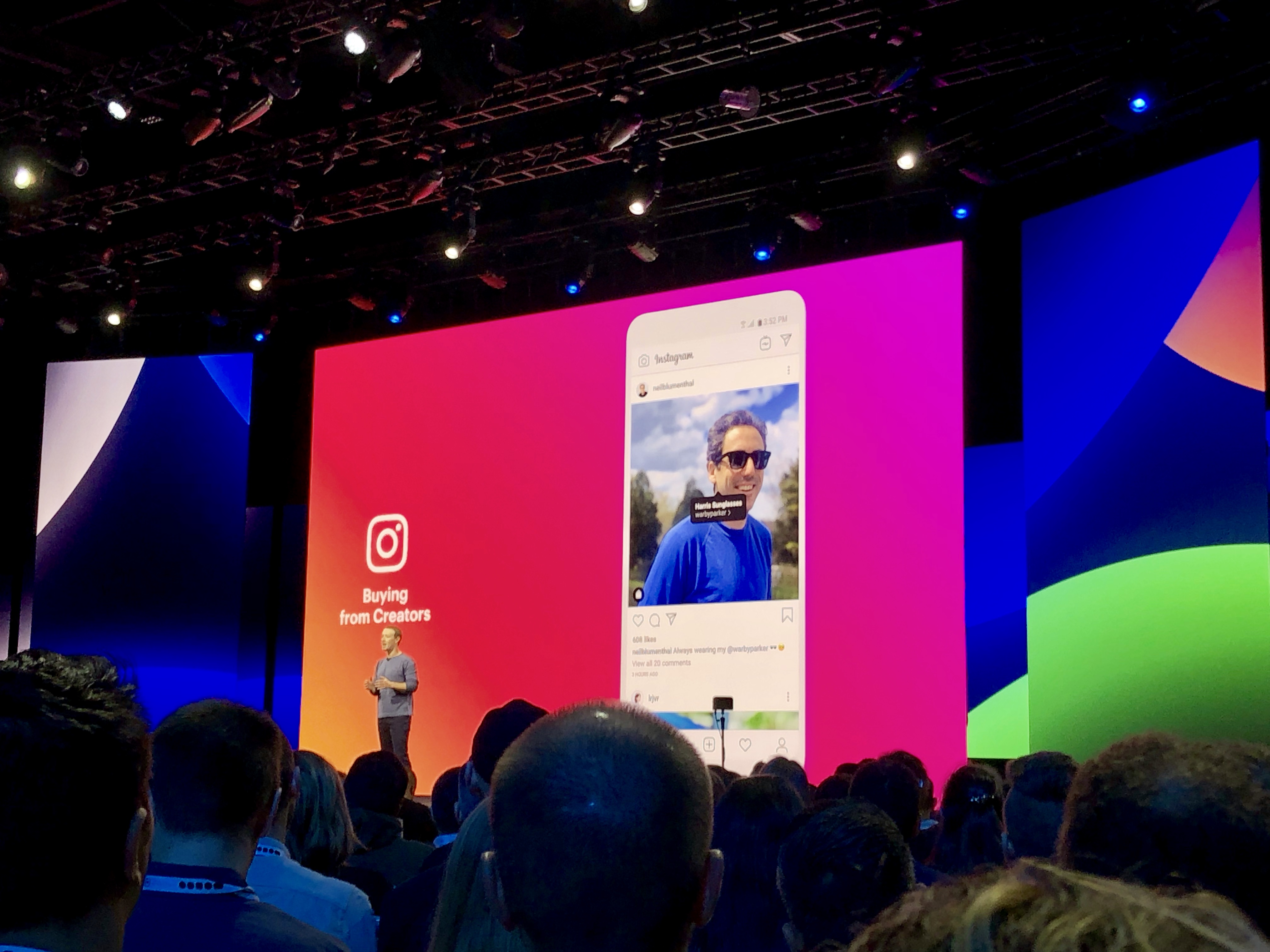 Shopping within the app is also seen as private interaction. The goal is to checkout without leaving Instagram.

We’ll buy directly from creators and that is I think the core of the industrial revolution today. As one of the speakers said we are now driven by advances in communication and activities. They had a lot of inspiring stories of successful entrepreneurs who used one of Facebook products.

Adam Mosseri (@mosseri) also talked about creating new safety features against online bullying which got my interest. This is what I would definitely want to work on if I was part of the Instagram team.

I worked on scheduling every hour but then the F8 app went down so I had to adapt. From only seeing the titles of the sessions you could get that the conference is more about Messenger and ways to develop here. So I chose to attend a few of them as I am also interested in this topic.

-this was the most interesting session for me because they had a case study of a chatbot, specifically the AirFrance Chatbot called Louis and how it grew from being just a virtual assistant into a fully experienced chatbot that can help you book the flight you want.

-the question is: social media is making us (un)happy cause of using it or not using it? It appears that scrolling the feed is not quite ok for our mood, but interacting is great, more so if we are commenting on friends’ posts.

Growing Your Business with the Facebook Family of Apps

-it seems like there was never a greater time to have an idea- said one of the speakers. Based on the advances in communication now it is easy to build up a business and make connections online. The case study was also very good: a daughter of an unemployed father in Brazil started to make clothes for kids and sold them through Facebook. 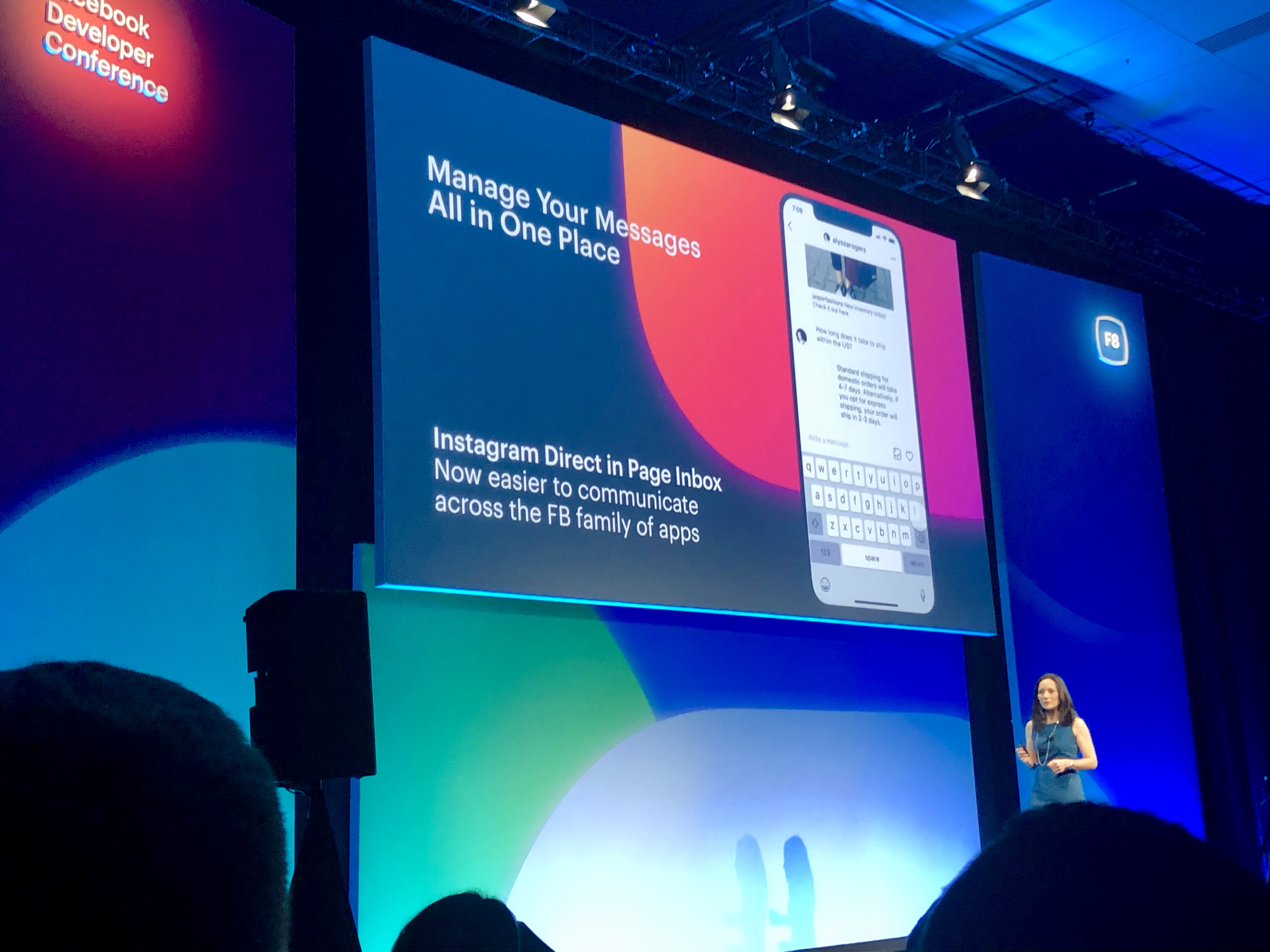 -this was about how FB engineers are building the new FB Messenger. Wrapped insights on understanding their efforts to build a faster product.

This was Day 1. My genuine opinion says that the event is awesome! I mean if you had the chance to work with one of the FB products, here you have the chance to directly get in touch with people who are actually working on improving these apps that like it or not are now part of our lives.

I am absolutely sure I’ve missed to share with you some other big announcements presented on Day 1 so for a complete overview of what happened today you can read the following article on newsroom.fb.com